In 2005, we decided we wanted to take some time off from our careers, move onto a sailboat and head off to see the world.  At this point, we didn’t know anything about sailing, so the first step was to learn how.  We started by taking classes on Lake Washington in small dinghies in order to learn the basics.  After that, we went through the US Sailing classes required to get a Bareboat Certification and get some cruising experience.  While we were taking these classes, we bought a 30 foot Islander sailboat and spent our weekends that summer cruising the Puget Sound.  After that first season, we sold the Islander and bought a 34 foot Hans Christian, Saviah.  She is a full keel heavy displacement boat made for blue water sailing.
Unfortunately, she was in bad shape when we found her, and it took several years of hard work to prepare her for some strenuous offshore sailing and to make her a comfortable home for our travels.  For a while, it seemed like we would never finish the work.  Boat repairs always take much longer than expected, working in a cramped space, and of course, everything on a boat is a custom job.

After several years of postponing, it seems that she is finally going to be ready for an extended cruise this summer (2010).  At the end of last summer, we were even able to take her for a couple of short trips out into the Puget Sound.  This was the first time we sailed Saviah, since she was out of commission for the last few years while our refit work was underway.  Although there was still much to be done, it was nice to be able to go out on a few excursions and see the rewards of our hard work.  All those years of fixing the boat did nothing for our sailing skills, and we found we were a little rusty and needed to be out on the water more often.  Despite that, Saviah handled well, her solid construction and design giving us confidence to get out there and practice, knowing she could handle the mistakes we would make as we continued to learn.

Since we were feeling optimistic about departing this summer, we began to focus on getting our affairs in order.  The biggest question was what to do with our house.  Originally, we had planned on selling it before leaving, giving us one less thing to worry about while we were away, and of course the extra money would be nice to have during our trip.  Each year we postponed, the economy seemed to get worse, and home prices kept falling.  By the time Saviah was ready to go, it didn’t make sense to sell anymore.  Instead we decided to rent it out and hire a property management company to take care of leasing and maintaining it while we were away.

Our house is old with an odd layout, and it needed some work.  We wanted to make some upgrades to improve the appearance and hopefully keep it occupied while we were away.  So we started a big remodel about six months before moving onto the boat.  Andrew’s brother, Adam, was kind enough to come up from Austin in February and help out.  The first project was to build a fence along the side of the house.

The next project involved adding a master bathroom.  There were two bathrooms in the house, but both were downstairs, and we had a large bedroom upstairs with plenty of extra space to section it off and add a master bath.  We took up the carpet and removed the subfloor to allow us to run plumbing upstairs, and then we framed up a wall. 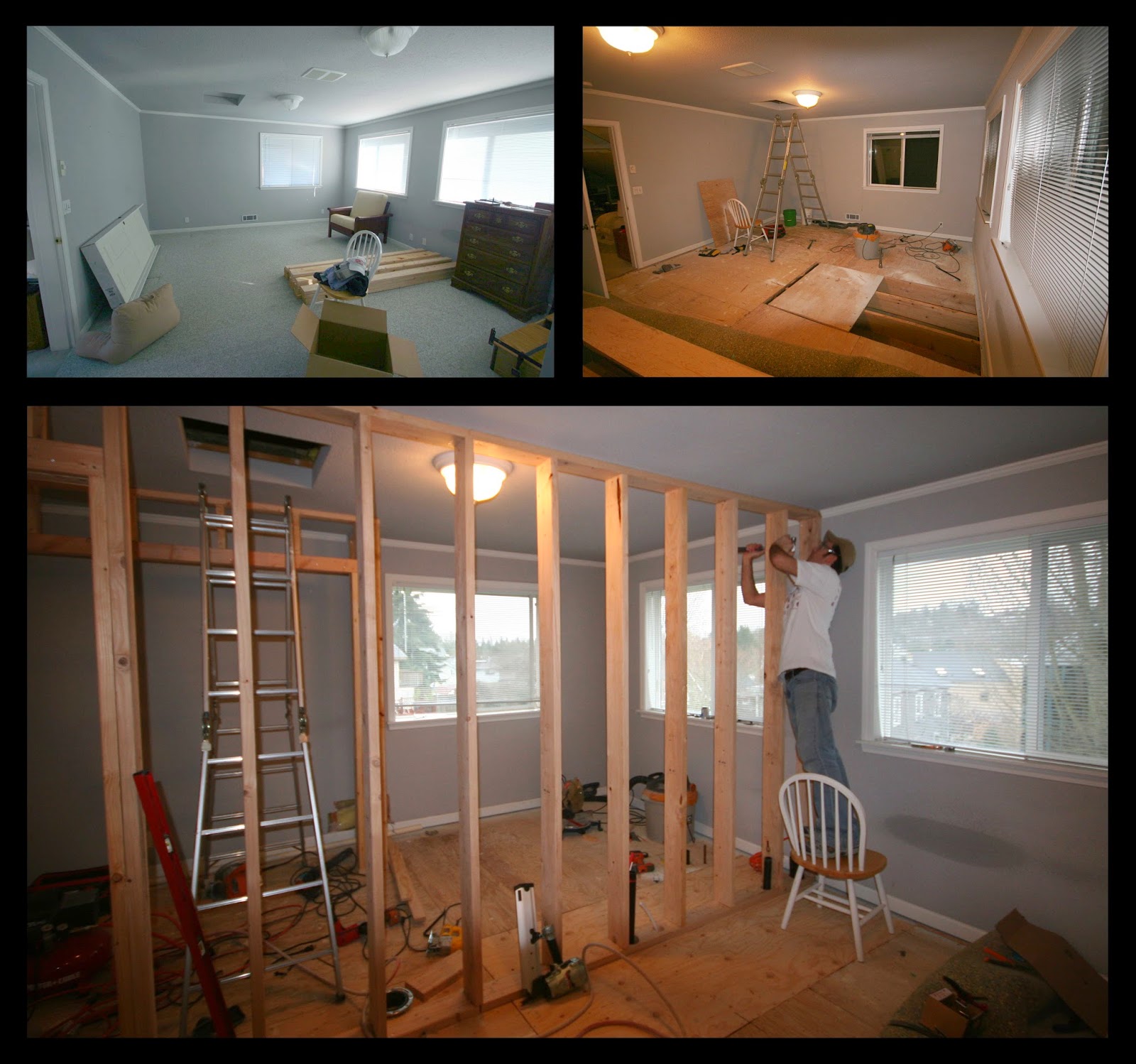 Running the plumbing upstairs was definitely the most time consuming part of the job.  After the plumbing and electrical were done, we finished framing the main wall and another inside for a closet.  Then the drywall was up and paint on the walls.  We laid tile on the floor and installed all the fixtures.   After three months of working on it, it was finally finished, and we’re ready to move onto the kitchen! 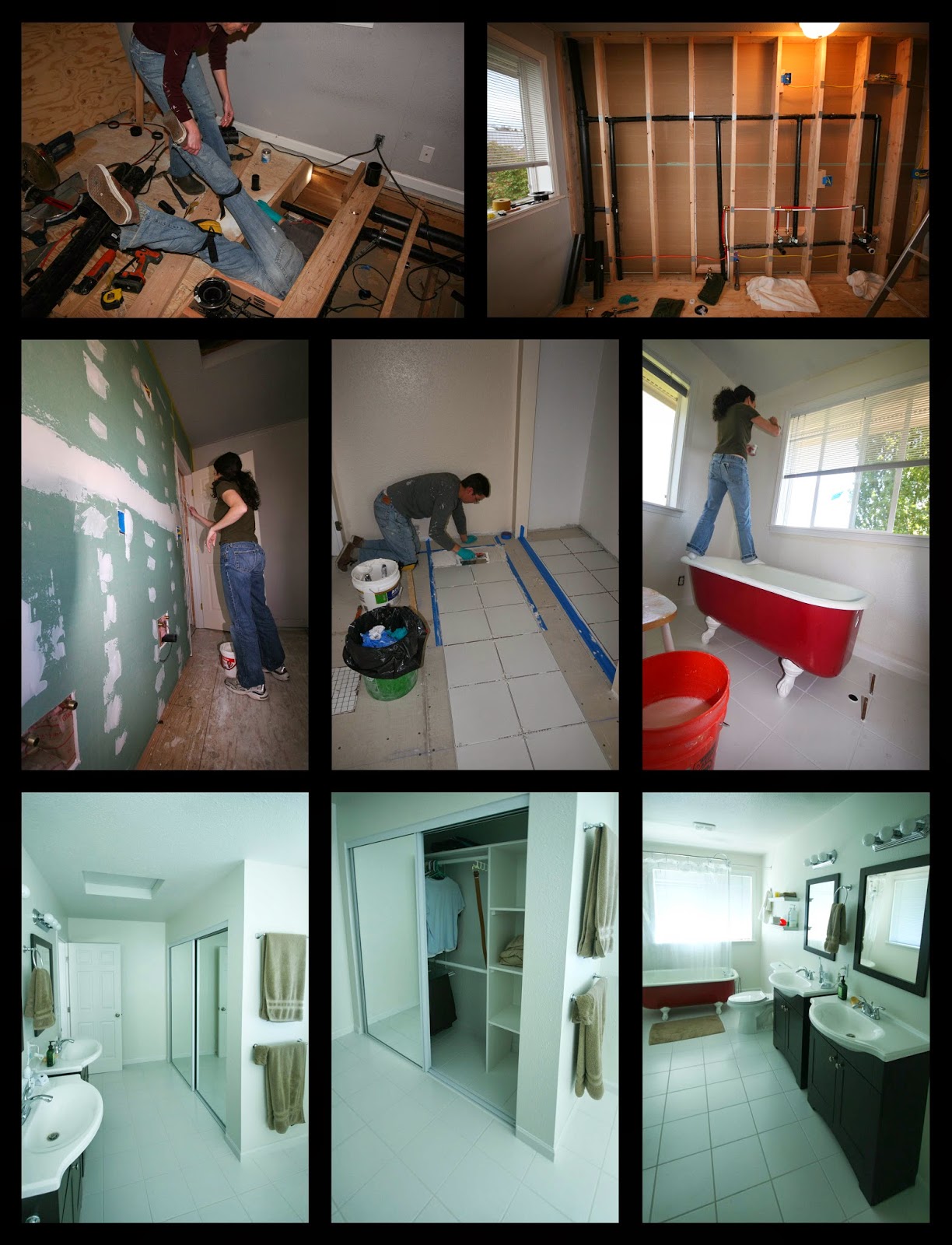 In the kitchen, we replaced the countertops, put some new shelves in the pantry, painted the cabinets, added new appliances and installed new flooring.

Working on a house remodel is so much easier than refitting a boat, but it was still thoroughly exhausting, especially when we still had full time jobs.  Most of the remodel work was done at night and during weekends, and it seemed like we rarely went to bed before midnight.  Despite the hard work, we were excited and motivated to get it all done and start our new cruising life.
In addition to the house and the boat, we had to get our other affairs in order.  Andrew’s dad was nice enough to handle our mail while we were gone, so we changed our address over to his.  We were concerned that if there was an unforeseen issue with the house or something else while we were out of communication, there should be someone on the ground to take care of that, and so we had documents drawn up giving Andrew’s dad power of attorney.  Hopefully we won’t need that.  In terms of finances, we have been handling those online for years and plan to continue that by using local wi-fi wherever we are.  We have some cash stowed on the boat for emergencies, but from what we have heard, it is not an issue to use credit cards throughout the world, and you can easily get local currency just about everywhere by using a local ATM machine.

It was a bit of a scramble towards the end, and Andrew quit his job in early July to focus on getting everything ready during our last month in the house.  During that last month, we finished up the remodel and packed up all of our belongings.   Our target date to be out of the house and onto the boat was August 1st, and Di was working full-time at her job right through the end of July.

Fortunately, Adam came back out to Seattle again for another week and helped us get everything packed.  We wouldn’t have been able to leave by our targeted date if it wasn’t for him.  We built a storage unit in the basement, packed all of our belongings into this space, and then cleaned up the house.
Unfortunately, three days before we moved out, the sewer backed up.  For a not so small fee, the plumbers were able to dig an eight foot hole in the driveway and replace the broken section of pipe.  They were able to fix it within a few days, but we began to worry about what else might go wrong after we left the country.

We just barely met our goal and had everything out of the house by July 31st.  It would be several more days before we were able to find a place for all of our stuff aboard Saviah.  Adam was stuck sleeping on a berth that was a few inches too short and narrow and surrounded by stacks of boxes during his last night.

After we took Adam to the airport, we spent two more days stowing things.  Then we headed north to do a two to three week circumnavigation of Vancouver Island.  This would be our “shakedown” cruise where we figure out what else needs to be done before we leave our home port.  When we get back, we’ll have a few weeks in Seattle to sort that all out before heading down the coast.